Country finally gets a full-fledged budget of Rs 404.82 billion


Finance minister Shankar Koirala today announced a full-fledged budget of Rs 404.82 billion, after eight months of the fiscal year, for the first time in six decades of budgetary history.
The budget has earmarked Rs 279.1 billion as recurrent expenditure and Rs 66.13 billion as capital expenditure, apart from Rs 59.67 billion for financial management.
It has planned to mobilise Rs 289.6 billion revenue, Rs 4.39 billion from reimbursement of principle, Rs 46.98 billion from foreign grant as the resources for the expenditure. The Rs 63.83 billion deficit will be financed from Rs 25.83 billion foreign loan and Rs 38 billion internal borrowing.
The budget with no new policies and programmes seems to focus on election, commercialisation of agriculture to bridge import-export gap, promote transport, infrastructure development and private sector investment has but failed to create aggregate demand and supply.
"The adjusted full-fledged budget — with earlier two internal public expenditure arrangements — is a business-as-usual," according to senior economist Prof Dr Bishwhambher Pyakuryal.
The finance minister should have brought some policy to boost capital expenditure," he said, adding that incentives for ministries that boost quality capital expenditure and disincentives for the non-performers would have boosted the capital expenditure creating employment.
The government has been able to spend only Rs 13.42 billion capital expenditure in eight months of the current fiscal year. The Central Bureau of Statistics (CBS) has attributed the low economic growth for the current fiscal year also to low public spending.
Likewise, the budget should have linked growth and employment apart from purchasing power and inflation, which are two key bottlenecks of our economy, Pyakuryal added.
The budget has, however, accepted supply-side constraints coupled with low agriculture production for pushing inflation to double digit. "Instead of government's target of containing inflation at 7.5 per cent, it has looked up to 10.1 per cent in the seventh months of the current fiscal year," finance minister added.
The budget has earmarked Rs 14 billion to carry out election  — Rs 6 billion for election and Rs 8 billion for election security — which is expected to add on inflationary pressures.
However, the government's promise to boost public spending and commitment of liberal market economy has encouraged the private sector.
"The government has promised to create investment-friendly environment," said Federation of Nepalese Chambers of Commerce and Industry (FNCCI) president Suraj Vaidya.
"The government's policy to encourage private sector as an engine of growth, if implemented, would propel economic growth and create employment in the country," he said, welcoming the government full-fledged budget that private sector has been seeking since the beginning of the fiscal year. "But the government has less time to implement the budget."
The attitude of government seems private sector friendly, according to Confederation of Nepalese Industries (CNI) president Narendra Basnyat.
"If the government can boost the capital expenditure and keep its private sector friendly attitude, there could be a ray of hope at the end of tunnel," he said, adding that the capital expenditure has to be increased to move the economy ahead.
The budget has announced public private partnership (PPP) model for infrastructure development for tourism and energy generation, apart from creating export-friendly policy to bridge widening trade deficit.
"The manufacturing of comparative and competitive items will be encouraged," according to the budget that has also promised to bridge the supply and demand of electricity, apart from giving continuity to the national priority projects. 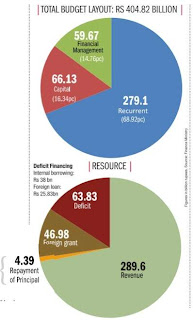 Countless teenage parties have been spiced up by this funny little game,
and countless adolescent mischiefs have amused millions of young people.
Well-mannered, handsome men, looking forward to earn some money, can apply online to Men2hire for.
While wasting your time watching something marginally funny may
actually frustrate you, watching truly hilarious movies and shows is an easy way to get laughter into your
life whenever you need it.