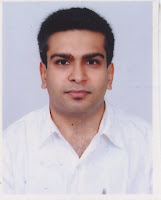 If we really believe that agriculture is one of the mainstays of Nepal's GDP growth and poised to take it double digit levels, it is time that the coming budget for 2009-10 should be totally focused on boosting agricultural output and promoting related activities. The strategy for growth cannot be frittered away in too many areas, rather the efforts should be used for a few chosen viable sectors which may have wider impact socially as well as economically. There is no denying the fact that agriculture is one such sector which has the potential to contribute significantly to GDP growth, percolate earnings to the majority of the population and have a cascade effect on a wider scale and range.
The budget can flag off an investment plan for the agriculture sector with the objective of
-- a ) Boosting agricultural output.
b) Establishing linkages between agriculture and industrial sector.
c) Making agricultural sector efficient in terms of cost.
d) Transforming agriculture into a contemporary rural sector commercial activity for self employment of young people.
To start with, the budget should focus on strengthening and enlarging the agricultural base by providing adequate allocation for
1. Irrigation
2. Subsidy on fertilizer
3. Development of whole sale mandis.
4. Building a delivery mechanism in terms of agricultural development authority with full powers to take decision on a day-to-day basis for the development and promotion of the agro sector. The emphasis should be on doubling the output of the following sectors in the next five years.
a. Extensive cultivation of paddy, wheat, maize, oilseeds and soyabean with the latest technological inputs.
b. Integrated farming of dairy, poultry and fishery.
c. Plantation of tea, jute, herbs and flowers.
d. Vegetable growing.
e. Agro-food processing industries such as rice, flour, animal feed, edible oils, seed processing and fertilizer.
These agricultural sectors should be declared "Industries of National Importance" and given an 'incentive package' which would consist of
1. Loans at concessional rates of interest.
2. Tax holiday for 10 years
3. Tax free investment allowance of 40 per cent of the profit if any of the profit making industries wants to reinvest in these sectors.
Appropriate geographical areas can be declared Special Agro Economic Zones. For example, Palung can be the SAEZ for potatoes and Ilaam for tea plantation. These special zones could become hubs for the cultivation of designated crops with infrastructure such as access roads, marketing centres and warehouses built under PPP model. Private investment in these special agricultural economic zones should be given tax incentives and exports should be given the same facilities as those in the special economic zone. The policy should be that instead of importing processed food material in bulk, raw agricultural input such as paddy, oil seeds, wheat should be imported, processed and value-added in Nepal.
Agriculture tax on the import of raw agricultural product such as paddy, wheat, maize, oil seed etc is detrimental not only to agro-food industries but also kills cost efficiency of our own agricultural produce. This fee encourages unorganized imports.
It is essential that the poor farmer become an entrepreneur and engage in commercial farming on an economically viable scale so that the latest technology can be used. The corporate sector, if induced to take to farming, can engage the farmer more productively as a partner. In this context, contract farming act should immediately be introduced with provisions that companies can be formed on the basis of land-holding.
Corporate private sector can not only bring technology but also market and scale. Only self-employment can address the problem of poverty. The corporate sector and farmers working jointly can provide self-employment to farmers on a large scale.
The budget can unfold a plan to build on an extensive scale farmer training and information centre, agricultural warehousing complexes, cold storages and wholesale mandis for sale and purchase of agricultural produce on PPP and/or Boot Model.
This package will consist of
1. Agricultural warehousing act to be announced.
2. Land to be provided by government on lease.
3. Private sector will invest 60 per cent of total investment while 40 per cent will be provided by the government on an interest-free loan basis.
4. Services provided by these enterprises should be exempt from any taxes, direct or indirect.
5. Bank loan made available at concessional rate.
6. No duty, VAT or LDT on the import of plant and machinery, spares and equipment for the above projects. This budget can make a provision for leasing out fallow lands in government possession. The agricultural farms and the R&D centre run by the government can also be leased out to the private sector so that these outfits can be converted into model pilot farms and training-cum information dissemination centres for farmers in the vicinity.
The export of agricultural produce is discouraged by the fact that the duties paid on the inputs of agricultural produce are not refundable as the final products are not under VAT. Likewise, the facilities of Bonded Warehouse also cannot be availed of because the agro-industries are more focused on domestic market and, therefore, cannot meet the criteria of 60 per cent exports. There anomalies should be removed by this budget. Also, discourage all kinds of existing monopoly markets and syndicate systems in the agricultural sector to provide equal opportunity to all entrepreneurs.
The budget can start fixing minimum purchase price of both cash crops and cereals before plantation starts (around the world most of the countries have adopted this policy). Future trading in agricultural produce and the building of buffer stock of food by the government also goes a long way in boosting agriculturists confidence.
Currently, the agricultural sector in Nepal is riddled with outdated practices and is denied technical inputs in terms of better farming methodology. The new budget should take the initiative to break these shackles and usher in the winds of change.
Ananda Bagaria
Vice-President, Confederation of Nepalese Industries (CNI),
and managing director, Pro-biotech Industries Pvt Ltd
Posted by Kuvera Chalise at 9:30 PM